Many thanks for your help.
George 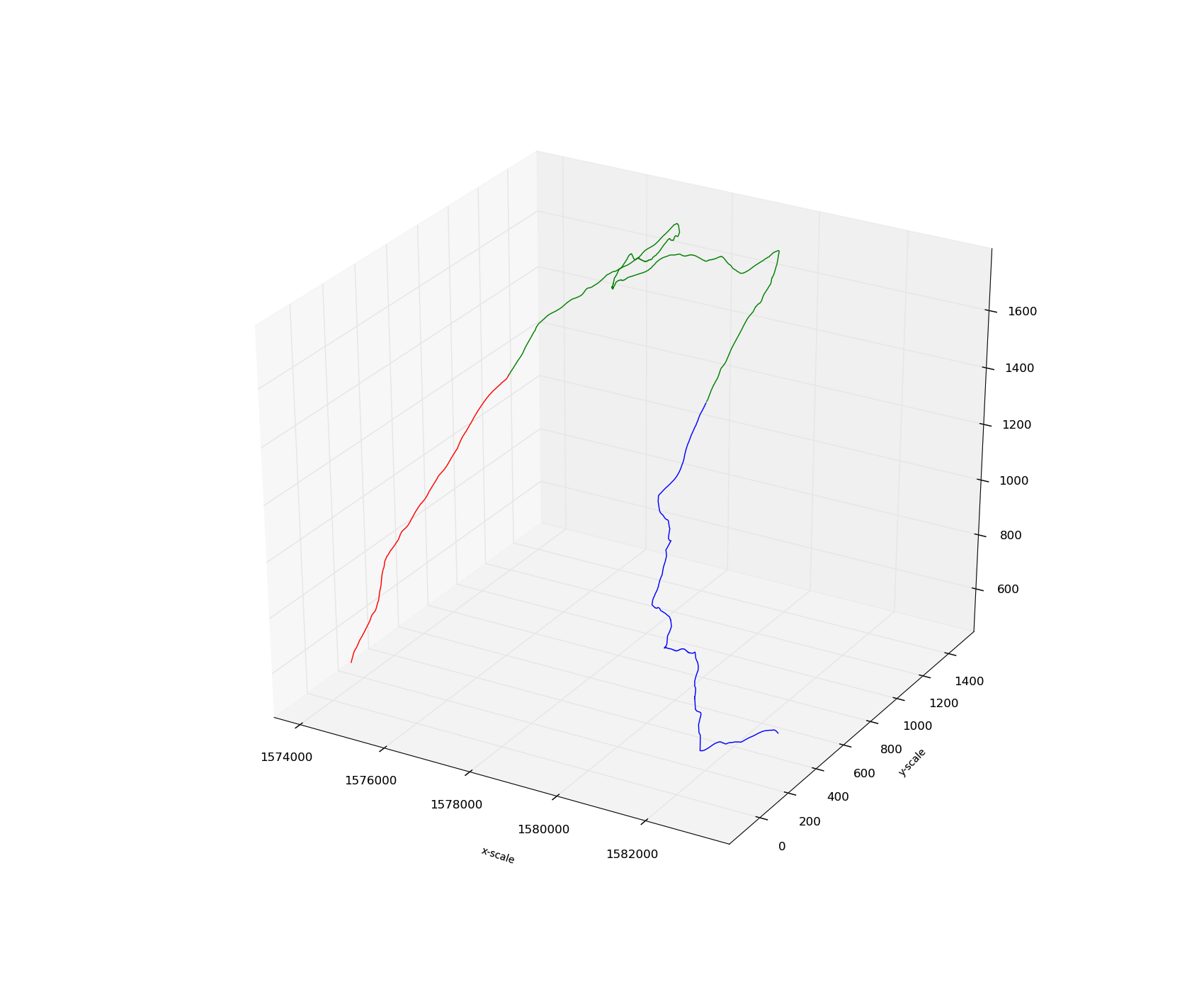 This is a known issue where very large axis values were being represented using an “offset” (much like in 2-d plots with very large axis values). The problem was that the offset was not displayed for 3d plots. This is definitely fixed in the latest development branch, but I can’t remember if I fixed it in the 1.0.1 release (probably not).

I also have a number of questons:
Question1: how does one create a label for the z scale? (zlabel is not valid)

This should be fixed by the next release. Most functions like set_xlim(), set_ylabel() and such merely call that function for the appropriate axis object. If a particular function is missing, you can call it yourself doing something like the following:

Note that if you have an earlier version of matplotlib, you might have to do:

Queston2: Is it possible to fill below the line (so it looks like a mountain) and how

Never tried considered anything like that. Might involve creating a 3D patch object with some sort of path completion. File a feature request on the matplotlib tracker here:

Question3: Is it possible to traverse sequentially all the points plotted in the image so as to make computations (such as distance to the next point, etc…).
The points themselves come from a text file but are not in sequence. They are sequenced by being plotted in their right position in 3D space.

I am not exactly sure what you mean, but there is a nice data structure that I use to do efficient data operations on spatial data called KDTrees, which can be found in scipy:

I hope that is helpful.