I’m trying to plot some radar data I’m working on, which is presented as a 2048x1440 2D array of ints. This means 2048 azimuth angle values between 0° and 360°, and 1440 range increments. Array values represent signal return in that angle/range coordinate. Due to hardware problems, some angle ranges are missing, there the signal value is zero in the grid.

The obvious way of plotting this would be a polar grid, so I used a pcolormesh, like this:
*import numpy as np
import matplotlib.pyplot as plt 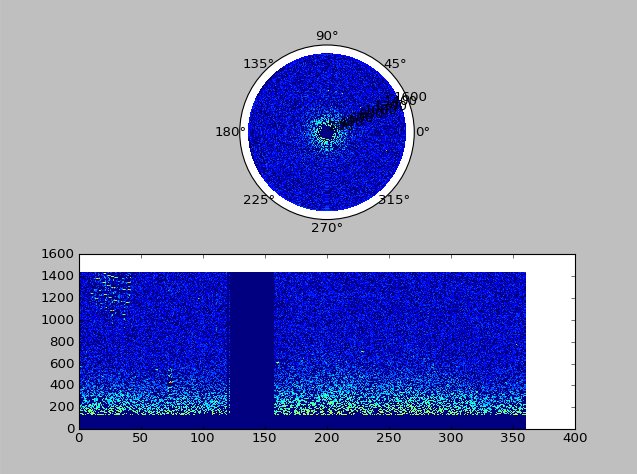 It is because the polar projection expects theta to be in radians, not degrees. This is a somewhat common mistake as the default labelling of a polar plot is in degrees, and so it tends to confuse new users.

Also, don’t forget that your radar data is (most likely) describing “bearing” (so, 0 azimuth is North rather than East).