Plot Contour between gridlines and ticks

I want to plot a filled contour between gridlines and tick marks. The order of plotting will be like grid -> contourf -> ticks. Is it possible to do so? I have tried a lot of hacks but it didn’t work for me! I will be very grateful if someone can provide some suggestions or pointers. The original issue is here: JuliaPlots/Plots.jl/issues/1881

Did you try adjusting the z-order of the artists (either pushing the ticks up or the contour down)?

That was also suggested the linked julia issue. Could you give us a bit more detail about what you have tried? It is not clear to me from your post or the julia issue if this is a problem on the Matplotlib side or in the julia wrappers. Is it possible to give us a (Python) example that shows the problem?

Hello @tacaswell, Thanks for your response. Here’s the python code that reproduces the plot:

This is creating the following plot and hiding the tics: 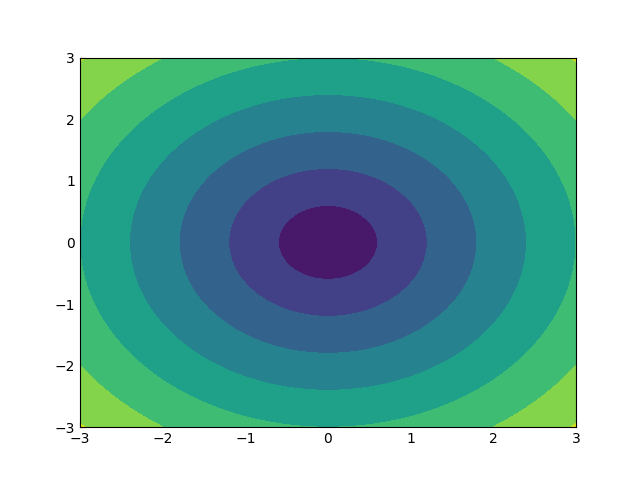 I have tried the following things till now:

I might have to check the zorder of the artist. I have never tried that.

As a new user, I am allowed to put only a single image in a reply. So here’s the other one.

The ticks are being drawn, but they are behind the filled contour: 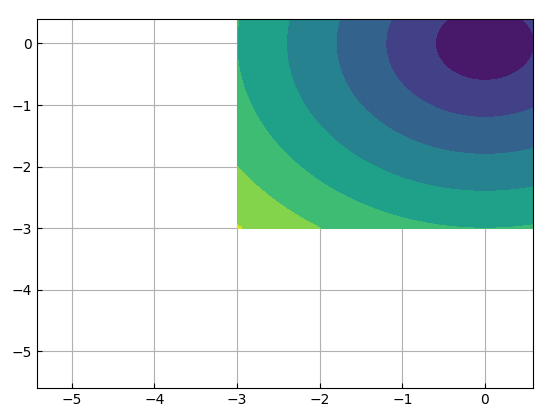 Passing zorder to ax.countourf is setting the zorder on the artist (that is created by calling that method).

As you noted, the ticks and gridlines are drawn as part of the same Artist so have a shared zorder
so you can’t get the grid lines above but the tick marks below as you want.

Practically (short of re-writing the ticker system), I suggest one of the followiing:

We probably should look into making discourses “new user auto-moderation” a bit more forgiving as we (knocks on wood) have not had a major problem with spam / abuse yet.

Thanks @tacaswell. I can now discuss these things with the maintainers of Plots.jl and we will see what comes out.
Thanks again. I am so grateful for this response.