I use matplotlib as my python graphics library. I happen to see the following problems with the plot() function and would appreciate any help to resolve these problems!

Missing nominal data points makes me wonder if the plot function internally generates a “best-fit” or least squares plot of the data points? This inconsistent plot occurs only with large data sets. The two plots were generated with over 100000 (hundred thousand) data points.

Would be happy to send you the original data if that may help troubleshoot this problem. 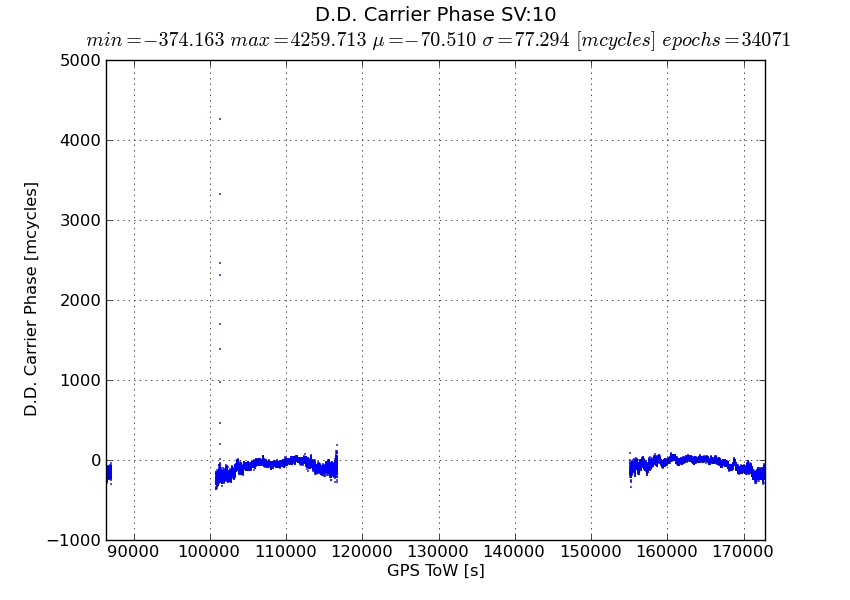 In all liklihood, you are using an older version of matplotlib which had a bug in the path.simplify logic that caused some points to be dropped. The solution is to either upgrade to the latest matplotlib (1.0.1) or turn off path simplification by setting ‘path.simplify : False’ in your matplotlibrc