Newer versions of the libraries can also be used, although this is not
critical. v1.0.x still needs the 1.2 series of libpng, but master can
now handle

With the old versions (including freetype 2.3.11) the test suite passes
for me (163 tests, 50 knownfail because I don't have a working inkscape
on my Mac), but with the new versions I get 18 failures. All seem to be
caused by text being rendered in different locations, or with different
fonts. I'm attaching two examples of this: in the font_styles test, two
of the styles do not work, and in image_clip the text inside the circle
is in completely different coordinates. 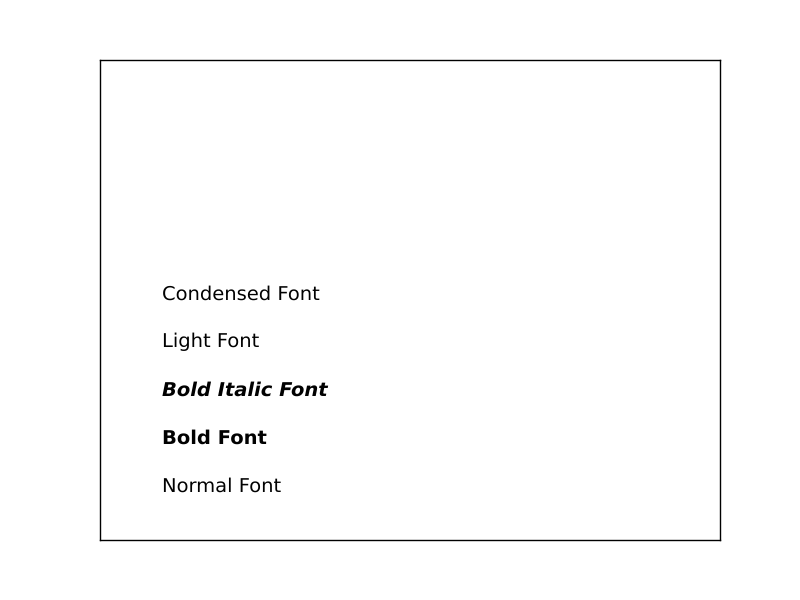 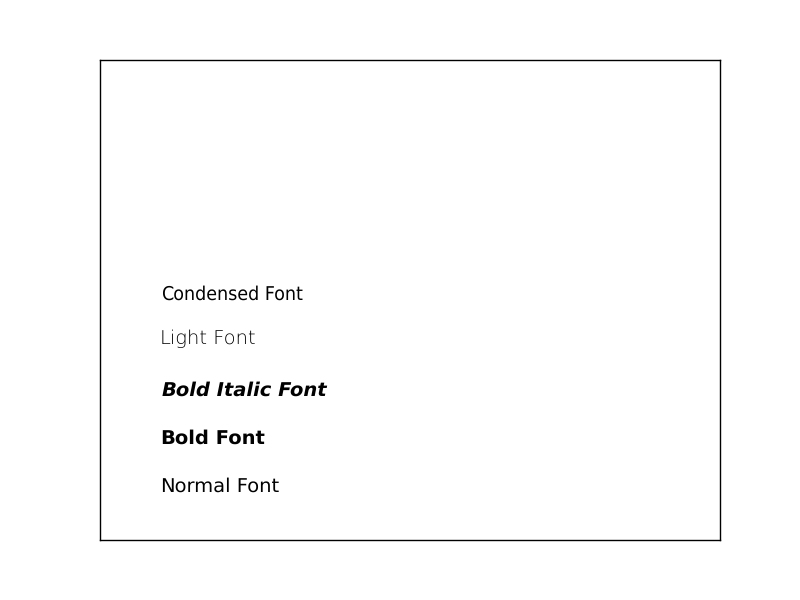 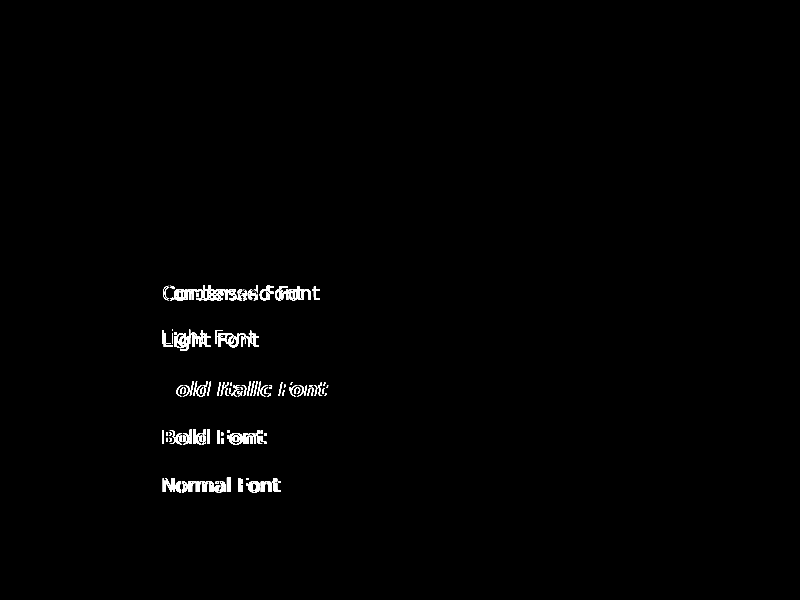 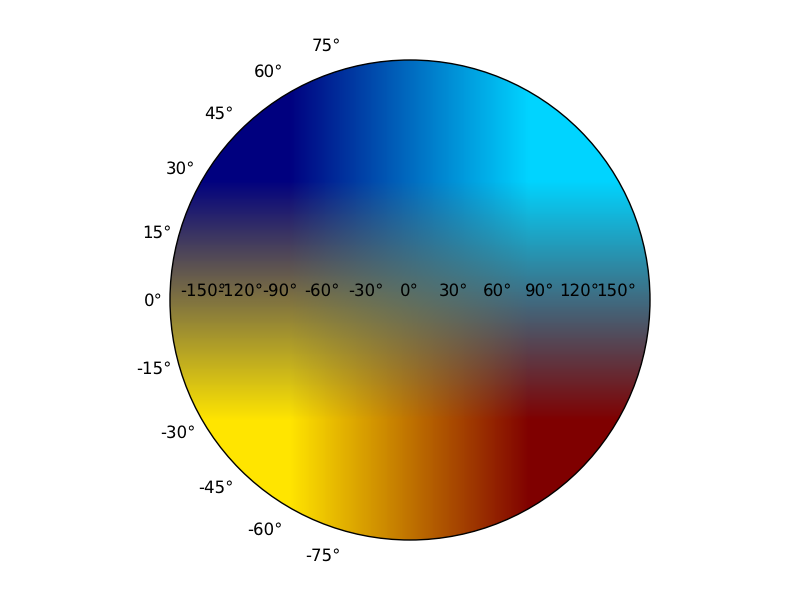 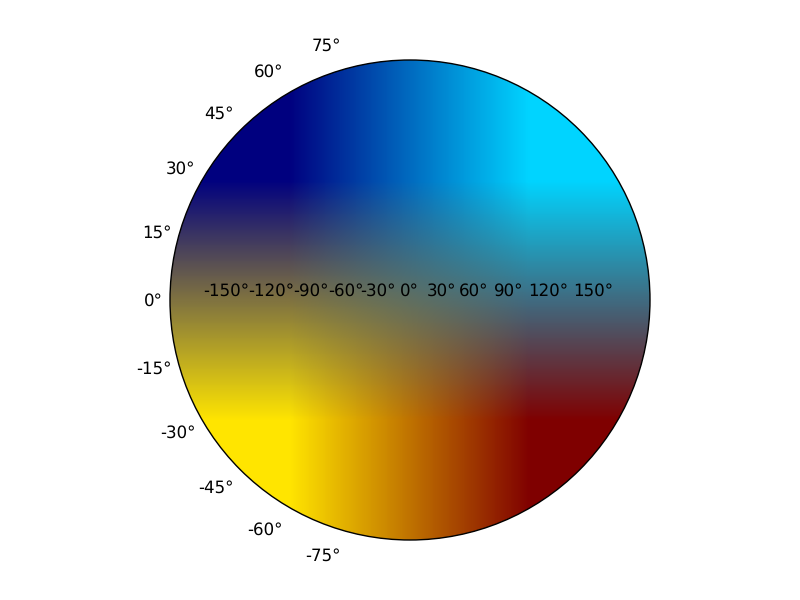 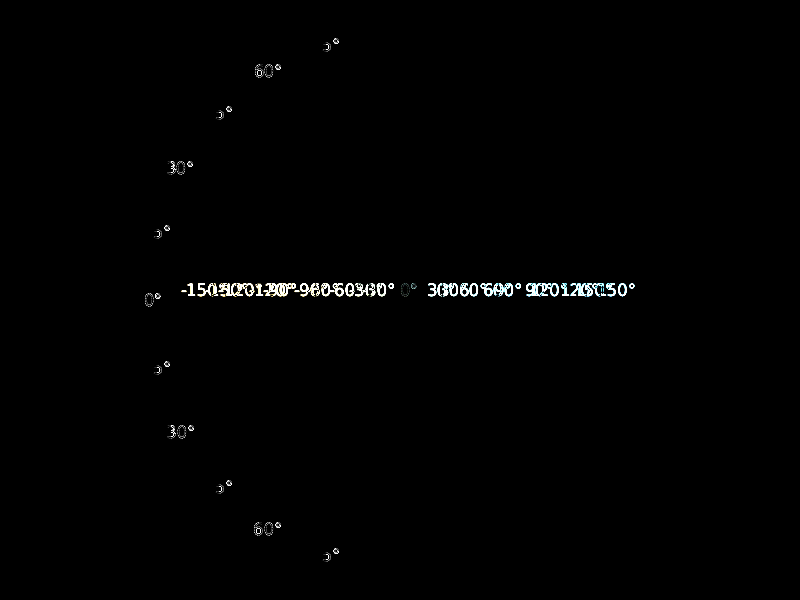 I have to admit I did not do these tests; I was experimenting with a borrowed machine, and I ran out of time.

However, I have run nosetests on a build of master on Ubuntu 10.10, with freetype 2.4.2, and I see the same failure that you showed on the font_styles test. Same test on a build of v1.0.x, same failure. Fails for png and svg; passes for pdf, but the images being compared are ugly low-res bitmapped things.

The major change between the freetype 2.3 series and 2.4 seems to be "In addition to many bugfixes, the TrueType bytecode interpreter is now enabled by default. All users should upgrade."