How many matplotlib developers are planning to attend SciPy this year?

If we used some of our funds to support an extra hotel night, would any of you be interested in spending an extra day for a "matplotlib developer summit" to discuss matplotlib projects? This would be in addition to the sprints, which I see probably being a larger group. Your response isn't a committment at this point, I'm just trying to gauge how much interest there might be.

I will be there. I'm also willing to join in on any discussion.

I am still in the process of sorting out if I have funding to go. If
I am there, I would be interested in staying the extra day.

I've not been very active in the development of matplotlib these past
few months, but I'll answer anyways.
I'll be at Scipy this year, but I won't be able to stay after the
sprints. I have another conference right after.

How many matplotlib developers are planning to attend SciPy this year?

Most likely I will not.

I am awaiting approval from my superiors to pay for me to go this year. I plan to split out my Anatomy of Matplotlib tutorial into two levels. If that works out and both tutorials get accepted, then I would imagine that I could spend an extra day. Would this extra day be before or after the week of the conference?

I’m hoping to return to more active status with a change in jobs now and finally finishing off the thesis.

I should be at SciPy and would very much be interested in sticking around to discuss development. (Though I should probably make sure the job will pay for me to stick around for the sprints…)

I think we can be flexible about whether it's before or after the conference based on who is coming and their availability.

Sorry to be writing this at this late point, but I've been hoping I could find a way around it. I won't be able to attend an extra day at either end of Scipy year, both due to personal commitments and new funding constraints at NASA. I do plan to attend/host the matplotlib sprint again, however, which is not a bad opportunity to catch up on some of these issues.

So, an extra developer summit day is still possible if someone else is able to organize it -- I just, unfortunately, won't be able to attend. We can still use the matplotlib donated funds to cover the cost of the extra hotel night (assuming the numbers of people wanting to do that is not too large) and meeting space (if the cost is not too high, though maybe locals like Damon have a connection for free and/or cheap space). For reimbursement, I would need a receipt for that hotel night (ideally with that one night broken out individually), which will then be submitted to numfocus, who will reimburse you directly.

Also, as incentive for you all to come to Scipy, I have stickers:

If you're not making it to Scipy, but are attending other events where you'd like to hand these out, let me know, and I'll mail you some! 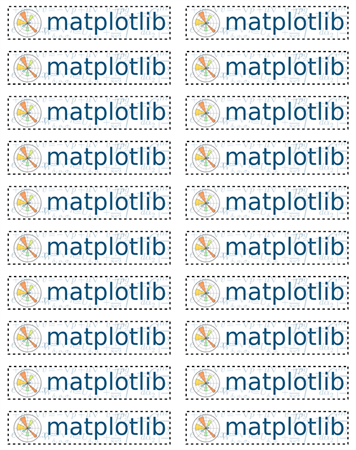 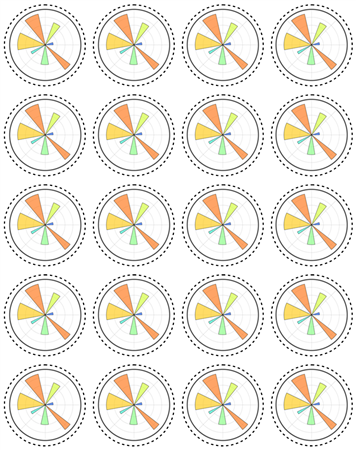 That is unfortunate that we can’t have a summit before/after SciPy 2014. I have also booked my flights and hotel, and the only time I would have to fit a “summit” outside of SciPy 2014 would be Saturday, July 5th in the evening.

I will be there, though, for the entire conference (including both sprint days). Perhaps we can have a somewhat formalized Birds-of-a-feather session? Maybe with a discussion panel and some short presentations on our visions for future matplotlib development?

Shall I go ahead and set up a MEP bof? Just got an email for a call
for BoFs which reminded me to ask.

Yes please. Last year’s BoF was well-attended. I would expect nothing less this year.

No worries, I've submitted the proposal. I'll let everyone know when
it gets accepted.