Hi,
I just submitted a patch to sourceforge and also attached it to this email:

I added a class StaredRegularPolyCollection() to
collections.py to create star-like regular Polygons.

These symbols can be used with the scatter() function.
I modified the scatter function somewhat, but keeping
the API compatible. It is now easily possible to create
a greater variety of symbols:

So, marker can now be:
- a single character as before
- a tuple (or list): (numsides, style, [optional angle])
- with style=[int]
= 0: solid polygone
= 1: stared polygone
(define this as constants somewhere ?)
- (verts, style); actually style is ignored for this
option, but see below

This approach allows for easy future extension, e.g. a
style 2(=lines) may be added which allows for
none-closed symbols which can be very useful to create
"S"-shaped symbols. Another possibility would be to
interpred marker=(0,0) to plot only single points
instead of Polygons. This can be useful when plotting a
large number of data-points, e.g. stars in an N-Body
simulation of a galaxy collision. 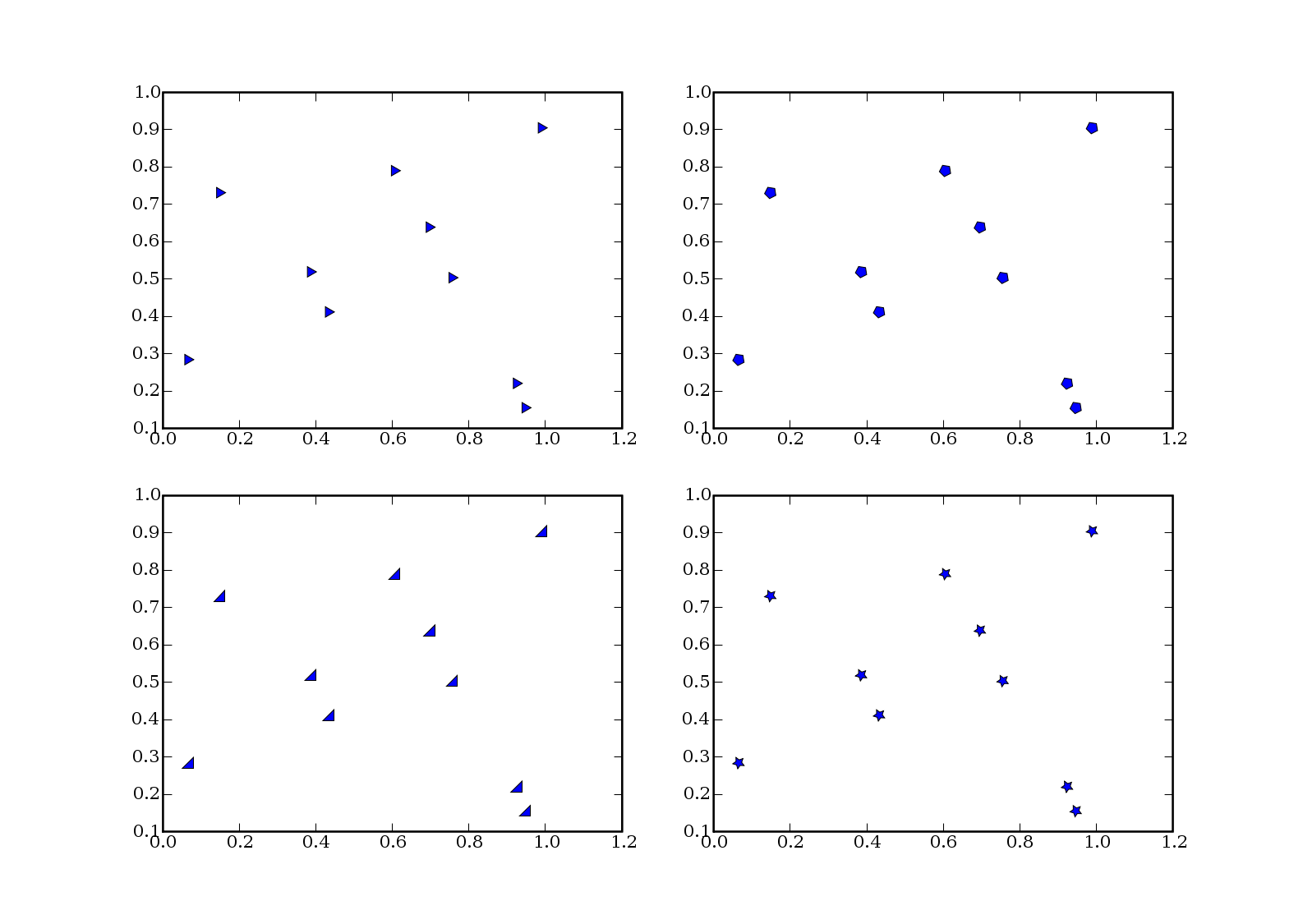