1d plot of a discontinuous function 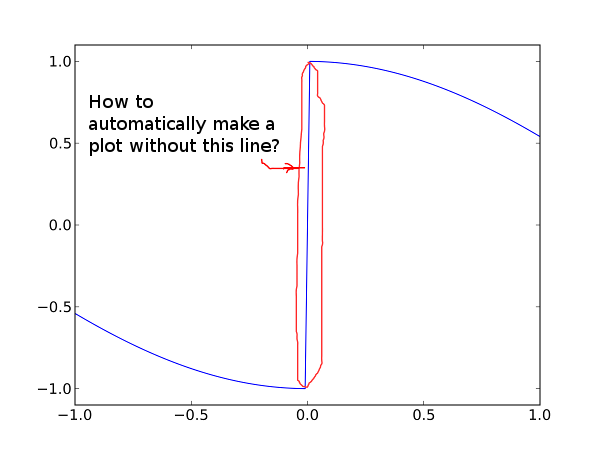 You can plot two lines, or use nan (or masked arrays I guess) to break
the line. in this case, this would be something like:

How to make a plot of a discontinuous 1d function without line at a function jump. An example is shown on a picture. This was plotted by:
import numpy
from matplotlib import pyplot
x = numpy.linspace(-1.0, 1.0, 100)

If you happen to know where the discontinuity is, then you could do two separate plot commands. Automatically, it is harder. Maybe something like this would help:

Although, that gets rid of valid data points. Another trick would be to rebuild the x and y arrays, but with NaNs placed between datapoints that would form the discontinuity. matplotlib automatically treats NaNs as a indicator to break a line.