To anyone interested (especially the meteorologists out there), Matplotlib SVN trunk now has support for doing wind barb plots. These are plots for vector fields, traditionally used by meteorologists to plot wind observations, though any vector field can be used. It's similar to the plots produced by quiver, with a line pointing along the direction of the vector. The difference is that the magnitude of the vector is not indicated by the length of the plotted vector, but rather by the presence of various markings along the length of the vector: flags (triangles), full lines, and half lines. Traditionally, these represent increments of 50, 10, and 5, respectively. There's a demo in examples/pylab_examples/barb_demo.py, and I've attached it's output here to clarify what these things actually look like. Most of the visual appearance (colors, sizes, etc.) is configurable, down to the level where you can colormap the barbs by a scalar.

So if you're interested and use SVN, give it look and see what you think. If you're not an SVN user, you can expect to see them in the next release, 0.98.3, which should be out (tentatively) at the end of the week. 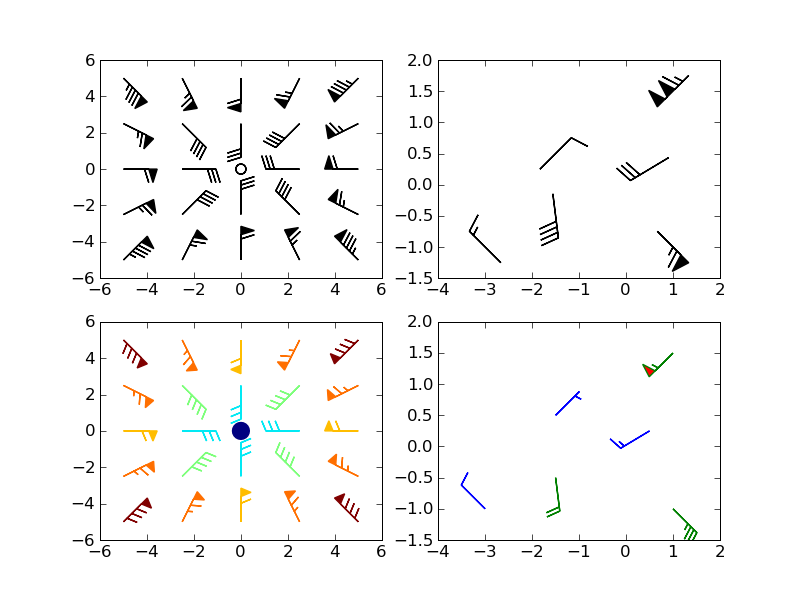