> Congratulation to the developers of this great package,
> I've been looking for a long while for a good quality
> plotting package.

> I would like to plot time in hours on the x axis, with
> one minor grid per 15 minutes and one major grid per
> hour, but I can only see 10 fixed grids on all tutorial
> and documentation.

> How can I configure that?

I've also been playing around with plots versus time (in my case
calendar time) and experimenting with tick style and ticklabel placement
computed as a function of the time span.

I attached a plot of one of my experiments. (This is where the need for
multi-line ticklabels comes from.)

The ticks and ticklabels that one wants differ according to the span of
time plotted. For instance, for multi-year plots, the ticks are no finer
than quarterly, but adjust to monthly, weekly, or daily if the span is
sub-year. The tick placement is, of course, not uniform, because of the
irregularities in the calendar.

I have not experimented with sub-day time-spans of the kind shown by
Philippe. 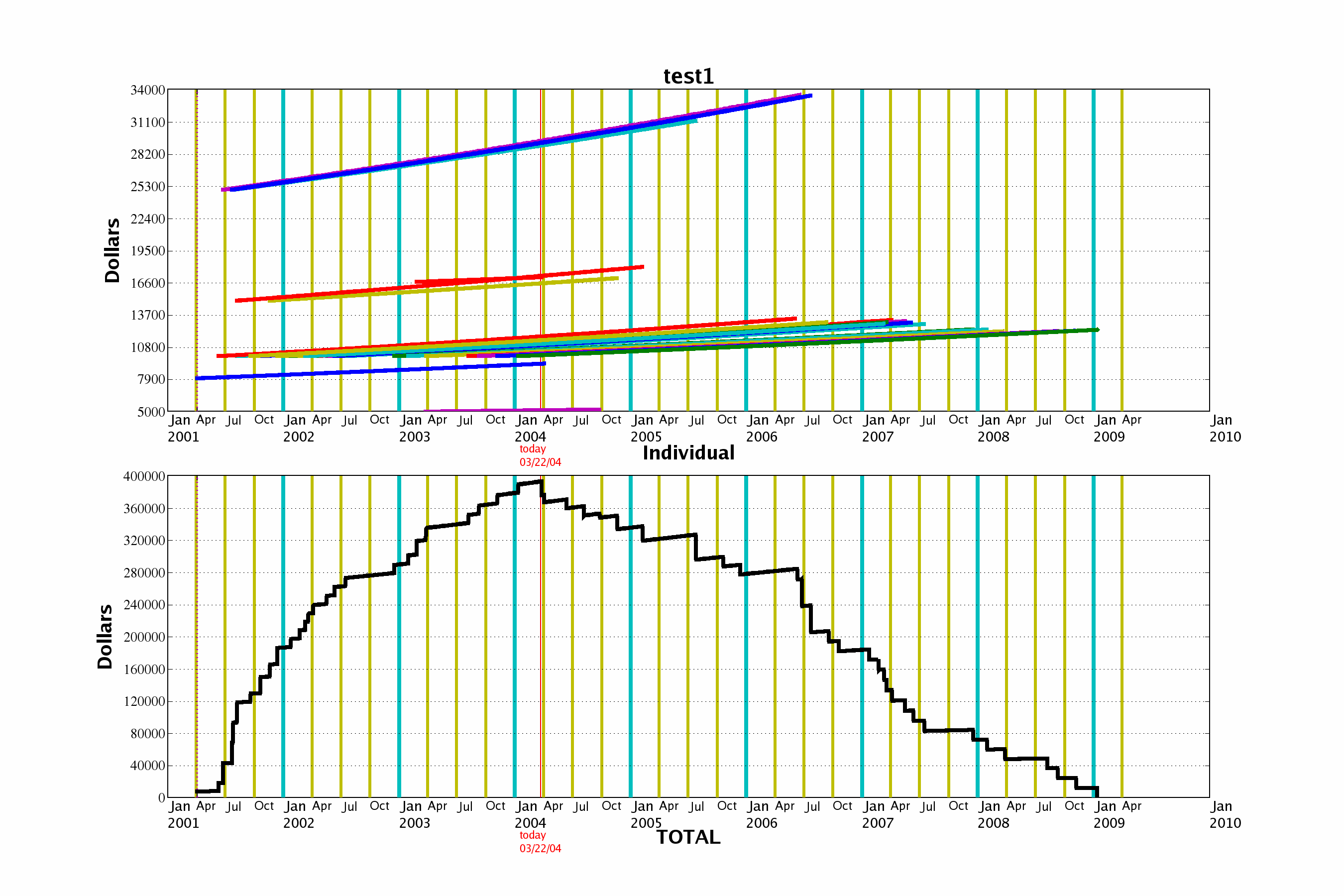