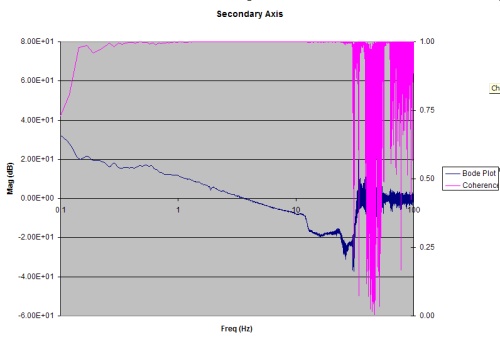 It appears that this feature is available through the twinx() function according to:

http://matplotlib.sourceforge.net/faq.html#TWOSCALES
(the link on this page is broken, but I have the file in some examples I downloaded from somewhere else on the matplotlib page.)

It seems like once I called the twinx function, the x-axis settings that where on the original axis are ignored and I can't seem to change the axis settings. pylab.axes([0.1,30,0,1]) returned an error: RuntimeError: Transformation is not invertible