In second figure, when length of arrow is smaller, arrow is drawn from tip instead of base, i.e. instead of •—⟩ , it is like ⟩• where • is the position of (x, y, z). How to fix this? Because then it apparently change data perspective, it looks like a gap in data which is not the case.

Also is there a better way to plot surface with color on each point coming from another data, instead of value of surface point? 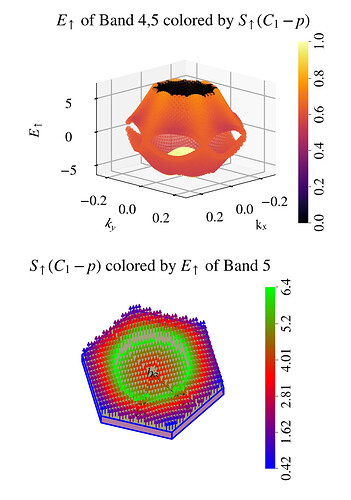 @Abdul_Saboor Can you give us a minimal example that has this problem with quiver? I suspect that it is going to be at least a bit sensitive to the data used and it will be much easier to help you if we have code + (synthetic) data the reproduces the problem.