I have raised two issues on imshow with pdf backend weeks ago since the upgrade from 0.91 to 0.98. I am happy to see one of them already fixed.

However, the following issue is still there. In the following script, I try to display an image in a pdf. This would run. Now please change the maize.pdf to maize.png and generate yet another file. Zoom and look closely at the two files generated. You see that the pdf quality is substantially lower than the png.

I wonder if anyone would reproduce it and … any way to solve it.

Keep in mind that we can't control the kind of interpolation used by the PDF viewer. I don't know if that is what you're seeing.

I'm not seeing a loss in quality in PDF. I do, however, see a different color profile being applied by acroread (making the corn husk appear darker). matplotlib is completely ignorant of any sort of icc profiles etc., so it's possible it's doing the wrong thing in that regard. It also could be that acroread is one of the few applications on my Linux box that cares about color profiles at all, and it is "right" when everything else is "wrong".

Is the difference seen in my attached screenshot what you're referring to, or are you seeing something worse? What pdf viewer are you using? Are you using the Cairo backend? 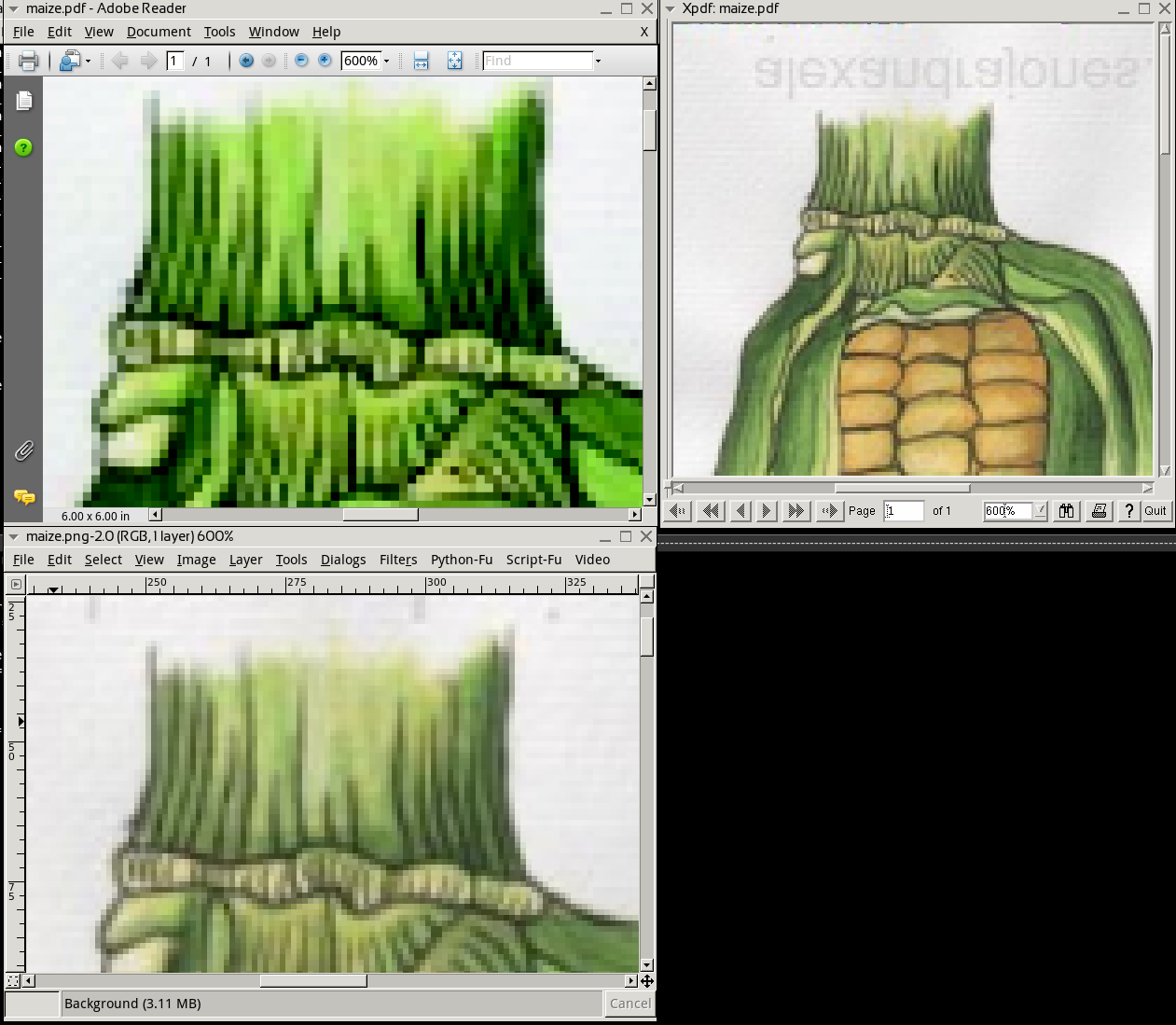 Mike,
Thanks. I use acroread on windows, I am not using Cairo. I see similar thing (my screenshot is attached). Notice that the individual pixels in acroread is larger than it should be?
I understand there are rendering differences (e.g. acroread vs xpdf). But I do not see the same problem if I use 0.91.4, and this is why I wish to find out what has changed.

btw, if you turn on the ‘extent’ to shrink the image, it is even worse. try the following script. I am troubled now because if the same script used to give me good quality. Maybe it only affects acroread on windows? 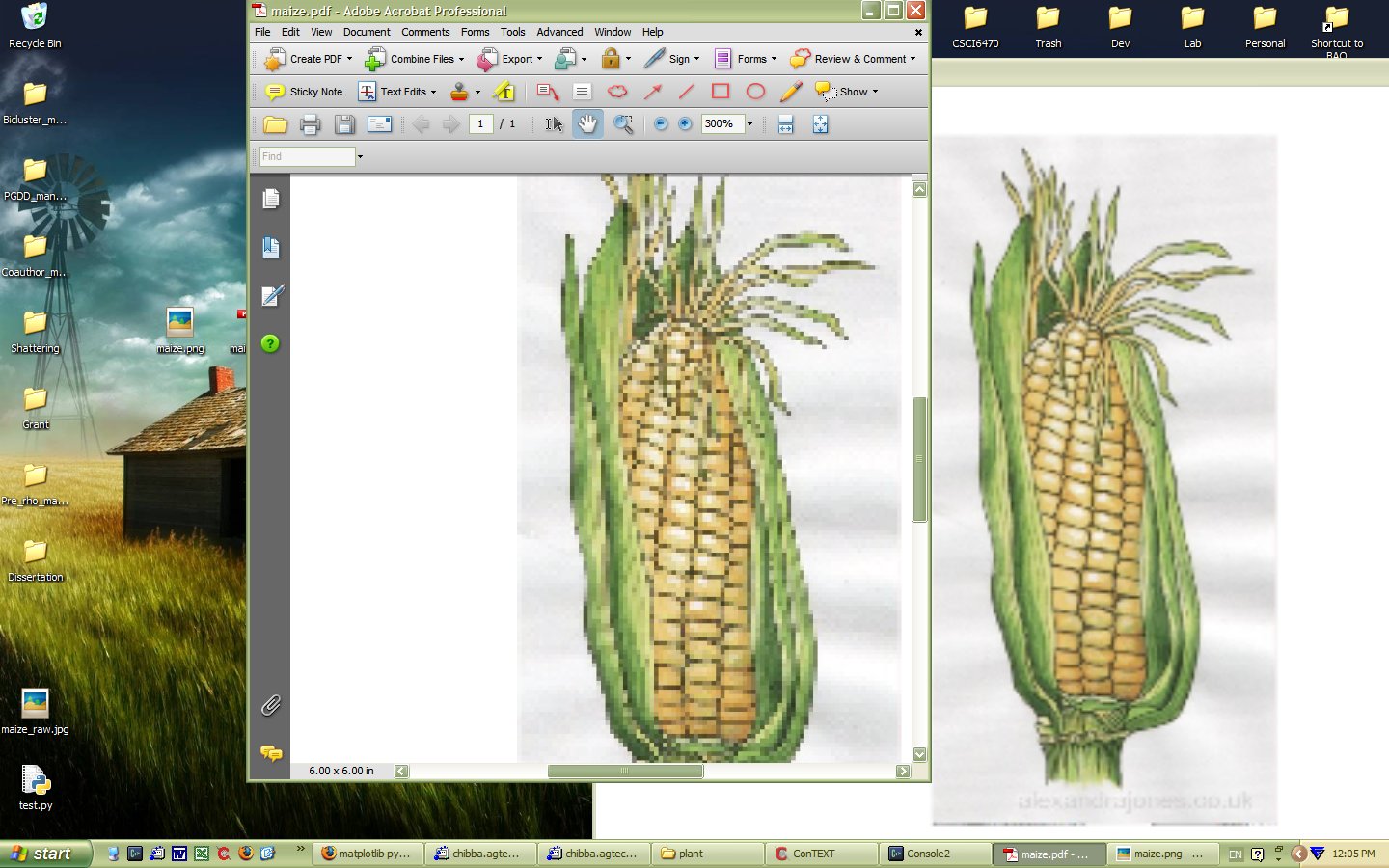