I finally got around to play with matplotlib and try to create node for using it within Vision (my visual programming environemnt).

I was wondering if there is a way the clear the area used by a given subplot. cla() seesm the clear the data, but the axis and background remain. The reason I am asking is that I envisioned that in my networks I would like to be able to create a Figure using one node and then have say a Histogram node be placed in a subplot and a scatter plot in another subplot (in the same figure). Now if the Histogram node has a subplot parameter which can be modified by the user to move this particular graph to another location in the picture I need to get ride of what I drew in the previous location, but since parts of the figure might be generated by other nodes in the network I would not want to clear the whole figure.

Another question was whether it is possible to find out the figure number from the figure handle ? If I pass the Figure instance between nodes to tell drawing node in which figure to place their graphical output I need a way to active the figure that comes as an input. Currently I add a number attribute to the figure when I create it in the figure node.

Thanks for any input .. and congratualtion on the very nice package ! 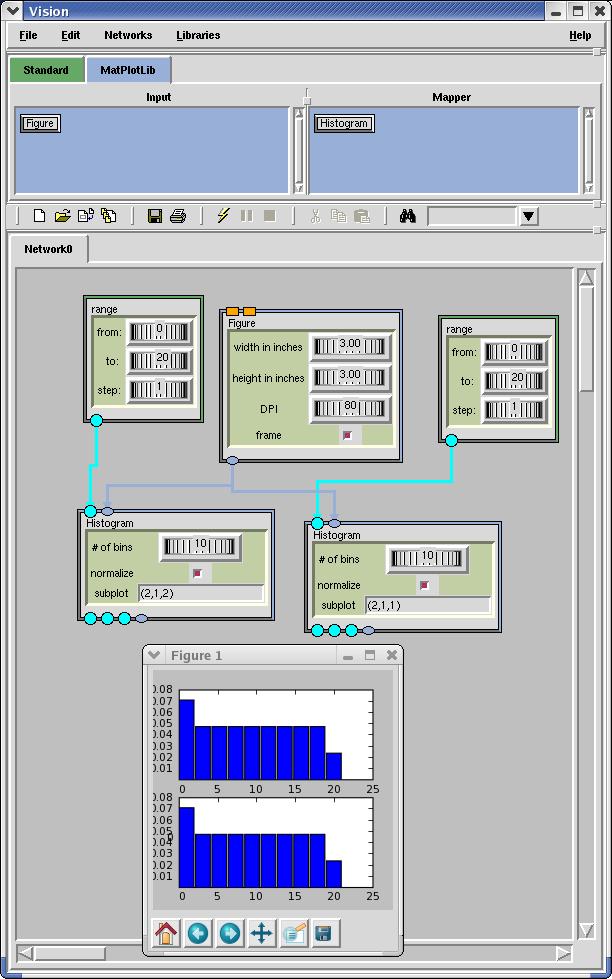