I’m very pleased to make the inaugural announcement of a project I’ve been involved in to deliver some new mapping capabilities in Python, using matplotlib. We’re keen to make an announcement on this while it is still in an embryonic stage so that anyone with an interest in mapping can get involved and make a real difference to the overall quality and design of the package. Some more information:
Cartopy - a Python package harnessing the power of matplotlib to deliver informative, precise and striking maps.

Matplotlib is already blessed with a mapping library (Basemap) which beats most of its rivals for functionality, but there are some core problems with its architecture which prohibit easy expansion to support some valuable use cases.

Cartopy is a package, written from the ground up, which moves to address these use cases - and attempts to make it easy for further expansion for future use cases. Some of the core features of cartopy include: 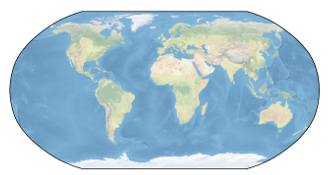